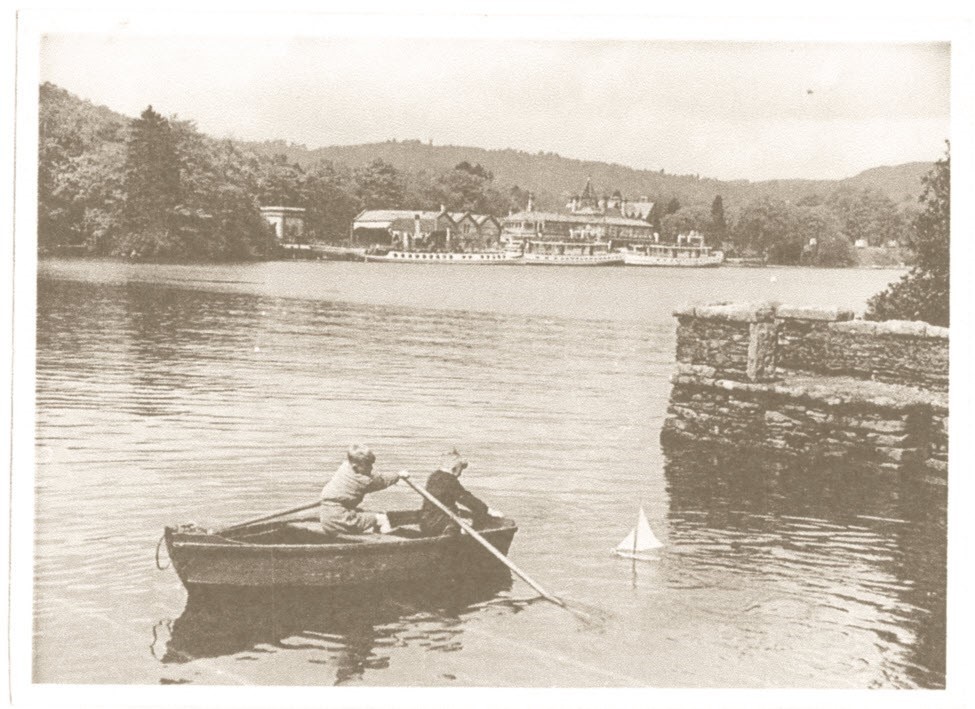 The South Windermere Sailing Club is celebrating its 60th Anniversary in 2021. We will be looking back in words, pictures and cartoons, at the people and events that have made our club so special. (Photos: Above, the view from Fell Foot 1952; Below, the Inaugural Poster, and "Cygnet" which was withdrawn from service in 1955 and used as a houseboat - and considered as a clubhouse)

The Founding of the Club: From the minute book the first month

"The name of the club was proposed as the South Windermere Sailing Club by B. Rhodes, and carried unanimously".

"It was also decided that the headquarters for the time being should be at Fell Foot, unless later on the numbers from Blakeholme increased enough to make a clubhouse there more convenient".

"It was decided that ........as there were no subscriptions as yet, the members of the Committee should each lend 10/- towards preliminary expenses".

"For the sailing programme it was suggested that there should be an open race on 22nd May to handicap boats, with no entry fees, the starting time being 2.30 at the South end of Windermere. Mr Rees kindly offered the use of his boat for rescue work when possible. Also the

R.W.Y.C. have offered the use of their racing marks and sent the club best wishes for the future".

"It was decided that for the time being the club should be limited to those who could provide their own launching facilities, with the subscription at 1 guinea ...."

"Mr Tomlinson took the chair ....... Mr P Rhodes suggested that those who trail their boats and launch for the day, and who were keen, should be allowed to join, and this was agreed upon"."It was decided to elect a permanent Committee, from which officers were to be elected as soon as possible. The following were elected: Mr Cross, Mr Tattersall, Mr I

"Mr B Rhodes then proposed that the following items should be purchased by the club: rope for racing buoys, whistle, yachtsman timer, loud hailer or megaphone, and one lot of 25 copies of the 1961 Racing Rules. This was agreed upon".

"Mr I Thomson said he did not wish to accept the invitation to serve on the Committee and Mr Kay was coopted in his place. Those proposed as Commodore were:

Mr Tattersall by Mr Rhodes Mr Cross by Mr Rees Mr Brearley was elected and took the chair, with Mr Cross as Vice-Commodore.

"The next item was the sailing instructions. Decisions taken were:

1.To move the buoy near the ski-club a bit further away.

2.To adopt a staggered start as soon as a loud-hailer could be obtained.

3.To seek permission to land on the shore near Skirtful Crags.

7.To set up a handicapping committee. Mr Brearley and B Rhodes volunteered".

"Mr Cross' proposal for a burgee was accepted. Mr Langtree proposed that the Commodore and Secretary should have headed notepaper".

"......... it was decided that a shore base for the O.O.D. was desirable, and the system of massed start was satisfactory for the time being ........ It was decided to approach Sir John Fisher about permission to land for conducting races, and that headed notepaper should be deferred until the burgee had been confirmed.

The possibility of using the 'Cygnet' as a clubhouse was discussed".

"Mr Brearley suggested having a dinner and dance, possibly in the dining-room of the Lakeside Hotel, on the third Saturday in October, ..... Mr Tattersall suggested a prize consisting of a piece of equipment for the winner of the points series.

Under Any Other Business, Mr Rees proposed holding a long-distance race round Thompson's Holme in August. The programme for the first part of August was arranged as follows; 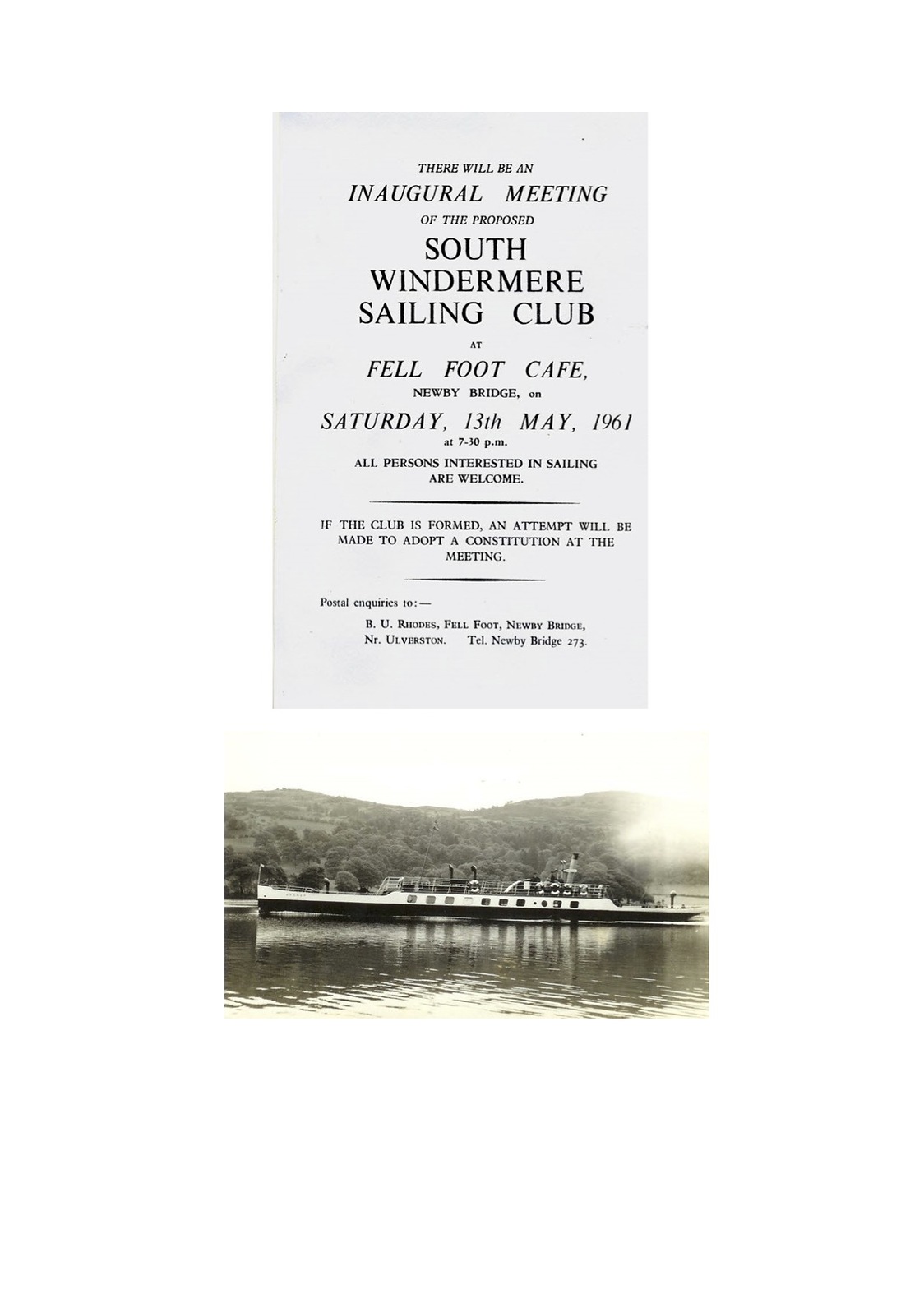