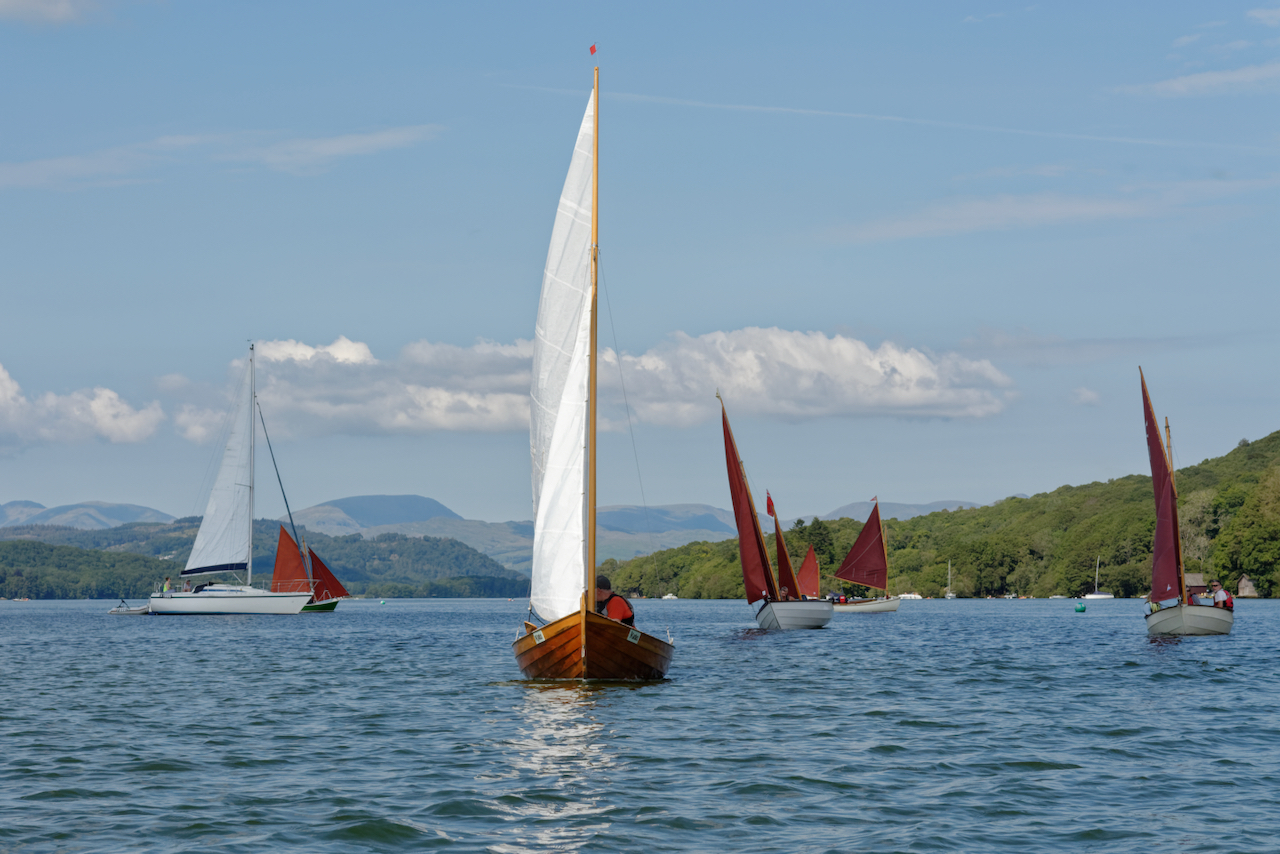 The bulk of SWSC's Old Gaffers set sail on August 15 for their first-ever Regatta.

Six traditional sailing boats in the club's new fleet were able to join the day, and the light to non-existent wind allowed them also to use the oars typical to the boats as they ventured up the lake. After a picnic lunch they set sail back to the club at Fell Foot. The fleet was accompanied by club members in cruisers and dinghies as well as appropriate safety cover.

"The Old Gaffers Regatta had been in our diaries for some months, and I know all the fleet members were looking forward to getting together and sailing as a fleet," said Jeremy Lambert, SWSC Old Gaffer Fleet Captain. "On the day, the turnout was super and we were all able to enjoy a day out on the lake. The lack of wind enabled us to sail, row and motor together and also enjoy each other's company." 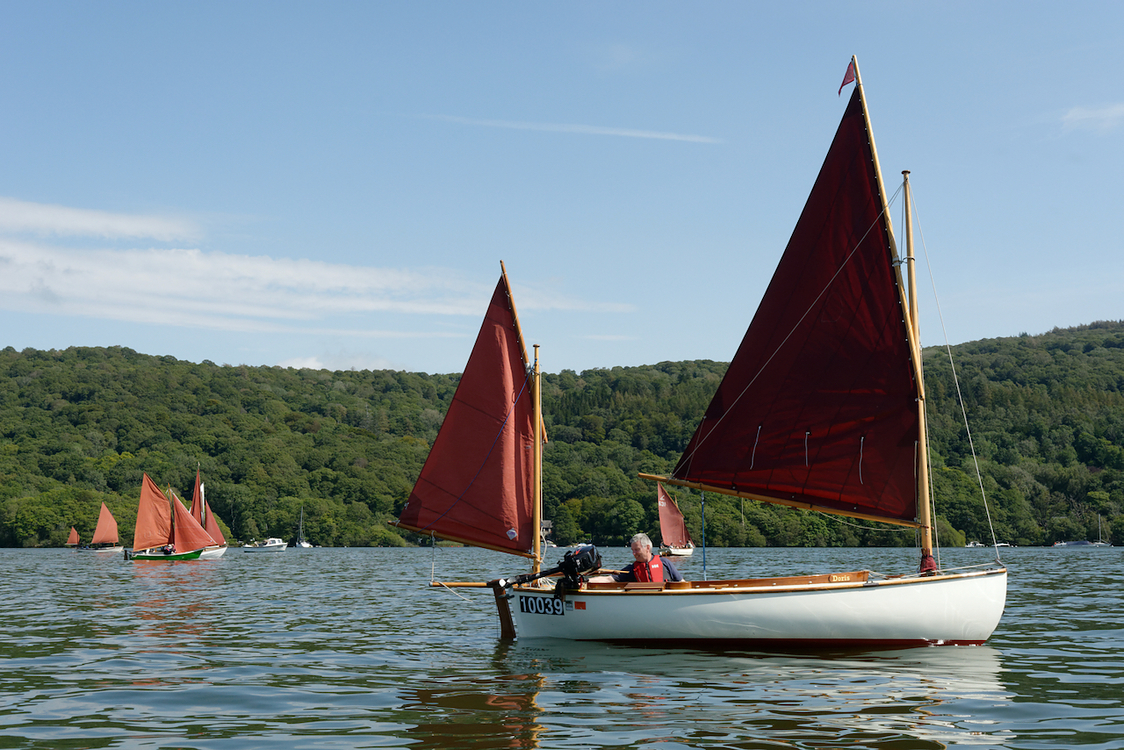